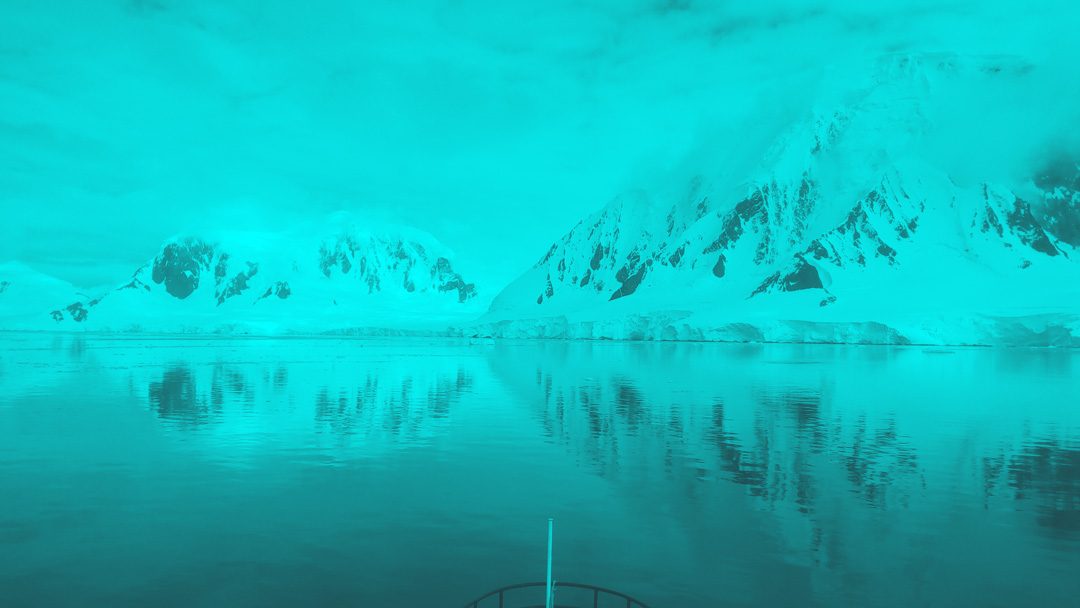 “Karpuj” means black-browed albatross (Thalassarche melanophrys) in the Yaghan language, which is also how the culture and the original inhabitants of the Island of Tierra del Fuego are called.

The “Karpuj” crossed the relatively calm waters of the Bransfield Strait during the night, although its 22 meters of length let the waves generated between the Antarctic Peninsula and the South Shetland Islands shake us enough for some of our companions to suffer the first sea sickness of the expedition. However, they still could see a hundreds of meters long tabular iceberg drifting away in the strait! These icebergs detach from floating ice shelves and, due to its size, this one probably came from the Weddell Sea as a current flow into the Bransfield Strait along the Antarctic Sound.

We entered the Strait of Gerlache at dawn, where we were greeted by the spectacular scenery of black rock walls hundreds of meters high crowned with rugged ice structures that were reflected in the calmer waters of this small strait of a few kilometers wide (between 10 and 30). The “Karpuj” floated slowly over a flat sea, full of light and icy wind where time seemed to pass more slowly, probably due to the astonishment that the combination of the ice and rock giants, the albedo and the low temperature produced.

As if that were not enough, our incursion into the South had still prepared for us an spectacular Antarctic surprise, the Neumayer Strait. In this place, the ice and rock giants get closer together (between 1 and 4 km) and remind us of how small and fragile humans and their machines are in a placid, massive and beautiful environment that can turn destructive and dark in a few hours. However, that day we were lucky and nature gave us a precious invitation to get closer to know her better, so we accepted it admired and grateful.