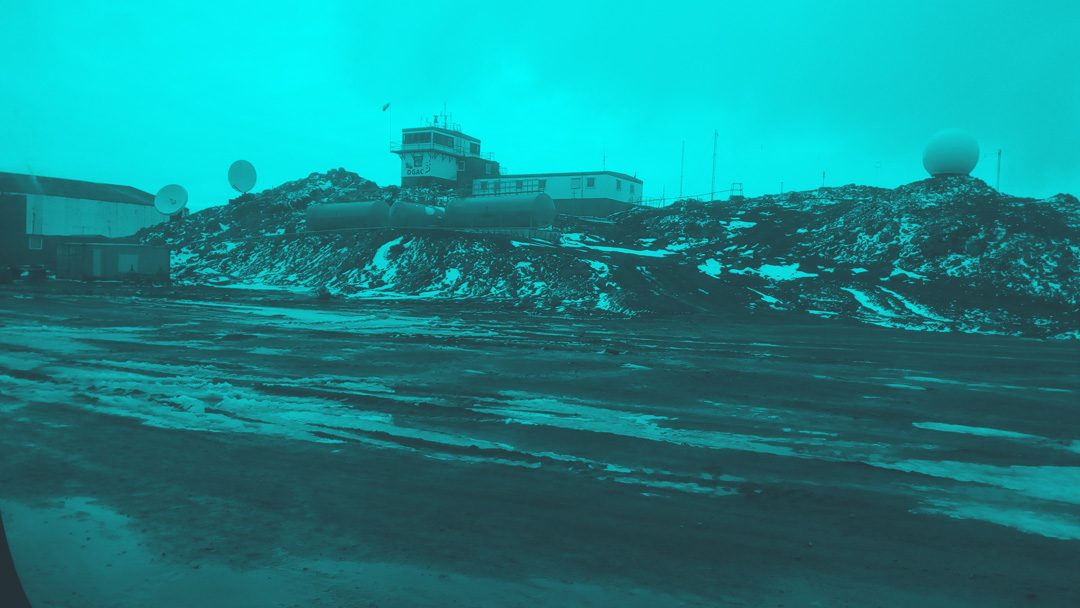 Researchers Enrique Isla of the ICM-CSIC and Humberto González of the Research Center High-Latitude Ecosystem Dynamics (Centro de Investigación Dinámica de Ecosistemas de Altas Latitudes-IDEAL) initiated in October 2018, the scientific cooperation “EDGE” to install a sediment trap together with several instruments in the South Bay of Doumer Island, off the Chilean Antarctic Research Base “Yelcho”.

The IDEAL Center has a house in the city of Punta Arenas where it welcomes students, technicians and researchers during their stays before and after their Antarctic expeditions. In addition, IDEAL house has several laboratories and a warehouse for samples and equipment, which makes it a small Research Institute, very useful for Antarctic scientific activity. The arrival at the IDEAL house was very friendly and the stay comfortable, which softened our wait to leave for “Yelcho”, as weather conditions at the Chilean airport “Lieutenant Rodolfo Marsh Martin” on King George Island delayed the departure for several days. This wait in the comfort of the continent reminded us that the Antarctic research had already begun.

After being attentive to the telephone messages that updated us every 4 hours with the information about our flight and with the logistical coordination of the Chilean Antarctic Institute (INACH), the institution in charge of coordinating and logistically managing the Chilean Antarctic scientific activity, including its 12 facilities and several vessels, the research team finally left for Antarctica after 5 days. An international and multidisciplinary team of scientists, anthropologists, students, technicians and journalists flew in two hours over the Drake Passage avoiding seasickness in one of the roughest areas for navigation and landed on the Fildes Peninsula in King George Island in the South Shetland archipelago. From there, we still had 24 hours of navigation waiting for us along the Bransfield and Gerlache straits aboard the scientific vessel “Karpuj”. But before setting sail, we spent one night at the Chilean Antarctic Research Station “Professor Julio Escudero” which is also a point of welcome and departure for many international research teams. We finally arrived in Antarctica!