We did it! We managed to visit the western flank of the Filchner Depression and latitudes north of parallel 76°S over the axis of the Depression where we collected valuable samples that enrich the collection, which started with the previous expedition ECOWED II (ANT-XXIX / 9). Everyone would have always liked more sampling stations but we are happy with what we got based on the hard ice conditions met again this year. Now we have several months of laboratory work back in our institutions. We still have 10 navigation days up to Punta Arenas, the Chilean city on the Strait of Magellan where this expedition will find the end. Before, we still have some stations near the Antarctic Peninsula where we will try to recover anchored instruments that measure parameters of the water column as the speed and direction of current, temperature and salinity, all these very important to calculate the balance of transport of matter and energy to and from Antarctica. As explained in another message, this balance plays an important role in regulating global climate. If the weather is good, maybe we will go through the Antarctic Sound, the beautiful strait between the northern tip of the Antarctic Peninsula and Bransfield, D’Urville, Joinville and Dundee islands. This place will be the last point where we can enjoy an Antarctic landscape, but this time will be a wild mix of high rock walls divided by the power of glacial ice that finally meets the sea. From there, we will head north to cross the Drake Passage, the region of ​​the planet with the most furious sea.

Now we have the task of dismantling and deliver the laboratories perfectly clean and functional as we received them, so that the fellows in the next expedition can occupy them as soon as needed. This means we also have to start with the re-packing of all our material so the deck crew can store it in the containers where it will travel to Bremerhaven, where Polarstern will return and we will pick it up. Before delivering our boxes to the ship, we have to prepare detailed lists with all their contents to facilitate the task of storage and location of material as required. The same applies to all chemical reagents brought on board and stored in special places according to their physical and chemical characteristics. During these days we will also prepare small conferences to explain our preliminary results to the colleagues on board. Last but not least, we have to write our cruise report where we will explain in more detail what we did during the expedition, our expected goals and where to find the data generated with samples obtained in this campaign. The chief scientist will compile our reports and assembly with them the final report of the expedition. With the delivery of the report to the chief scientist the work on board will be completed.

For now, the story of this trip ends here but there is still much to learn and share with the data we will generate and that you will find in this web page. Antarctica and is now far away, in the horizon we still see some icebergs against waves, foam and the explosive colors of the sunset as we have had night again since some days ago. The white landscape will remain in our memories and the thousands of photos and videos we took since the first sighting of an iceberg. Within us starts growing a feeling that makes us want to come back home but also melancholy to leave behind such a special place, from which we have learned much about Nature and, in a sense, also about ourselves. 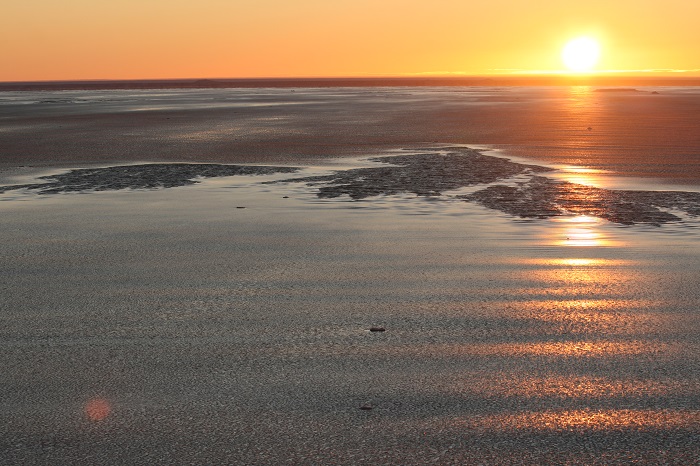 Sunset in the vicinities of the Antarctic Peninsula 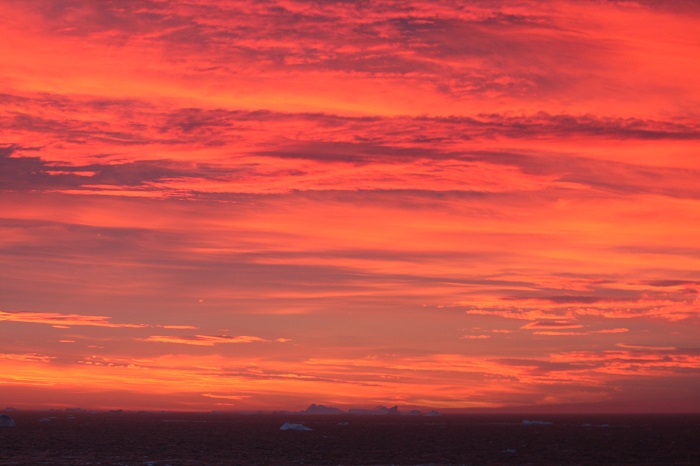 Icebergs against the explosive sunset horizon 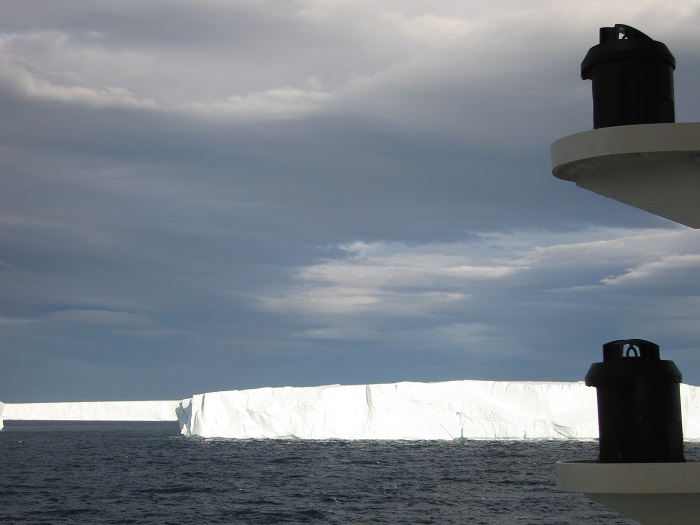 The lights of Polarstern cheering back to Antarctica