Looking forward starting a new oceanographic expedition we depart from Cape Town. For many on board it will be the first visit to Antarctica and for some also the first time on board a research vessel to do scientific work, emphasizing the joy and expectation in the environment.

The trip started well and continues with smooth navigation, assisted by two members of the German Weather Service, who every morning explain us how the weather conditions will be throughout the day. Their forecast helps the Captain to modulate the speed and adjust the route of Polarstern to avoid low pressure systems and the associated rain, wind and waves.

Along the way we have been accompanied by the typical inhabitants of the region, several species of whales, albatrosses and petrels. We found the first iceberg of the expedition approximately at 56ºS, a large tabular iceberg which brought together the cameras on the Port side deck and gave us a small idea of ​​what awaits us.

Some of the boxes containing the personal and laboratory equipment are already out of the containers where they were packed during the transit from Bremerhaven so for some laboratories, setting already started. There are still some boxes inside the containers, which can’t be opened until Polartstern reaches its first stop by the Ekström ice shelf, where equipment and fuel to supply the Neumayer-Station III will be off loaded. Until then, laboratories may not be completely set.

In the evenings we have had a series of scientific lectures during which, each research group explains to the others the objectives that lead it to study Antarctica and the methodology to carry out its research. It is an interesting event because helps better meeting our colleagues and learn about different fields of polar research and sampling techniques, in some cases, very sophisticated.

This year the sea ice in the vicinities of Neumayer III is especially dense what anticipates that perhaps Polarstern will have to break ice before reaching the area where the ship may dock. On this basis, our arrival is scheduled for next Thursday. On Sunday we crossed the 60°S latitude mark so we are officially in the Southern Ocean! Meanwhile, work has already begun on board and Antarctic landscapes occupy the windows of our cabins.

If you want to read the weekly report (also in German) from our Chief Scientist, Mike Schröder, visit this link. 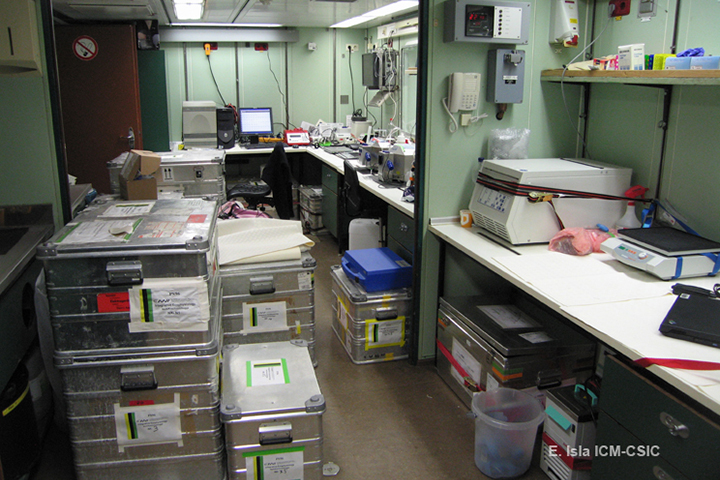 First tabular iceberg of the expedition 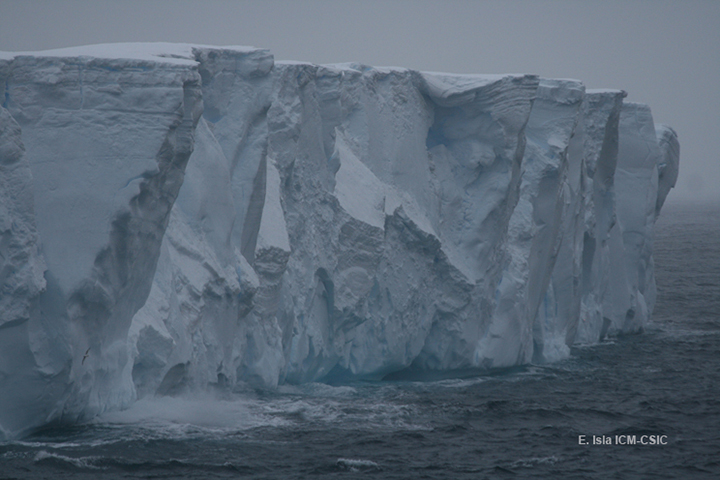 Detail of the tabular iceberg 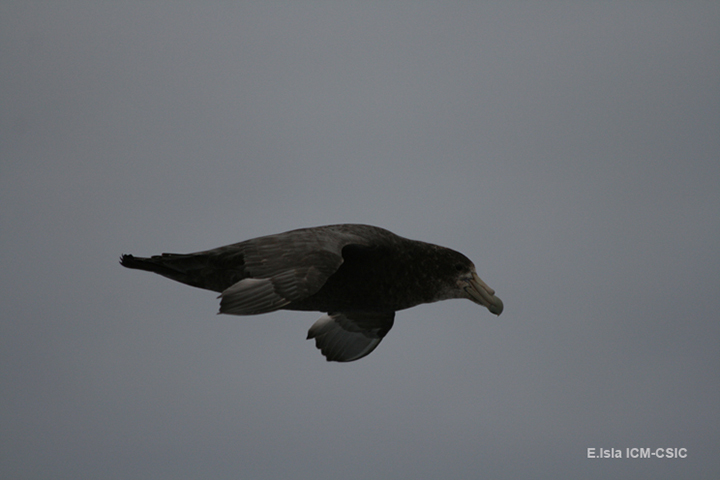